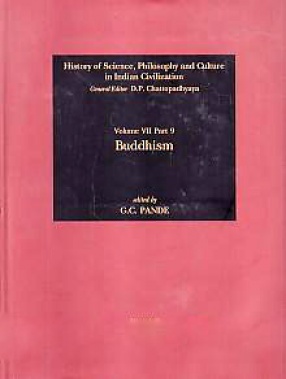 Buddhism is one of the major religions of the world. It has different strands and is diverse in its spiritual and philosophical structures. In recent times, it has gained popularity especially in the West. Many of its aspects have attracted scholars from different disciplines—history, philosophy, literature and the arts.

This volume takes up aspects of Buddhism ranging from archaeology and the date of the Buddha to early Buddhist faith, Mahayana and contemporary Buddhism. It is concerned with the traditional biography of the Buddha, the Pali canonical literature in exploring vital features of early Buddhism such as the concepts of arahant, functions of consciousness and the theory of relations. It details the ethical thoughts of Buddhism and its spread in the early centuries after its birth. It examines the contributions of Mahayana scholars to evolution of Buddhism and role of Tantric Buddhism in this context. An interesting section tries to delve into the relation between evolution of Buddhist monasticism and art and architectural contributions of Buddhism. It views the contemporary importance of the religion.

G.C. Pande, thinker, scholar, historian, regarded internationally as an authority on Buddhism and ancient Indian culture, joined the University of Allahabad, his alma mater, as Lecturer in History after receiving his D.Phil in 1947. Later he became Professor and Head of the Department of History at three universities â€“ Gorakhpur, Rajasthan and Allahabad. At present, he is Chairman, Allahabad Museum Society, Allahabad; Chairman, Indian Institute of Advanced Study, Shimla and Chairman, Central Institute of Higher Tibetan Studies, Sarnath. Recipient of many honorary degrees (Vidya Varidhi, Sahitya Vacaspati, Vakpati, Mahamahopadhyaya) and awards (Sankara Sammana, Manisha Sammana, etc.), he has also been honoured with D.Litt from the Banaras Hindu University in 2000, and is recipient of the first Darshan Vigyan Sammana, (2001) and Naresh Mehta Sammana, (2001). He has authored and edited several books and contributed over seventy articles to encyclopedias, anthologies and journals. His Studies in the Origins of Buddhism, Life and Thought of Sankaracarya, Studies in Mahayana, Foundations of Indian Culture, Bharatiya Parampara ke Mool Swara, Vaidika Sanskriti and other books brought him encomiums from scholars such as Gopinath Kaviraj, Vidhushekhara Bhattacharya, Suniti Kumar Chatterji, Kshetresh Chandra Chattopadhyaya, I.B. Horner, H. Nakamura, Louis Renou, Bhikku Pasadika and others.