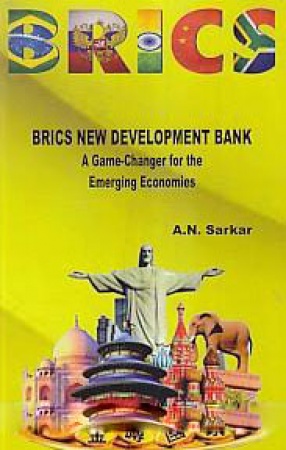 BRICS New Development Bank: A Game-Changer for the Emerging Economies

This book presents a comprehensive treatise on the present state and long-term vision of the New Development Bank (NDB) of the BRICS headquartered at Shanghai, China. The Bank is an attempt at financial and economic cooperation among the economies of the BRICS countries. The volume tries to present proper documentation on the historic evolution and current spate of development and future growth prospects of BRICS' member-countries. It deals with the history, mandate and the constitution of BRICS with specific reference to the NDB. It looks into country-wise participation for fostering inter-regional economic cooperation, financial contribution of BRICS bank in shaping the world's fast developing economies and the bank's financial architecture and governance structure. It views the bank's linkages with other international funding agencies, emphasising the need for BRICS to go beyond traditional notions of development banking and define and detail a transformational agenda for the NDB.

Dr. A. N. Sarkar earned his Doctorate from University of Wales and has worked over three decades in industry, government and academics. He has been a Chair Professor NABARD; and currently working as a Professor at University of Petroleum and Energy Studies.