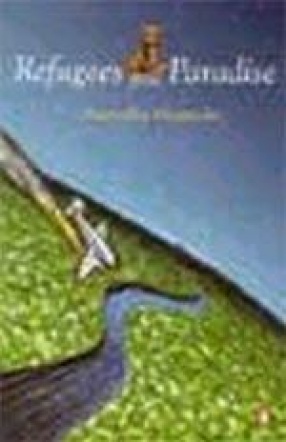 Anuradha Majumdar (Author)
Synopsis Refugees from Paradise addresses the ultimate mystery of our times: Does Paradise still exist? In Casa Mira, an unusual house of tenants in London, Jonathan Ferry, an actor and aspiring film-maker, is hunted by a story (like an aircraft, it `tilts inside his head every morning as he wakes up'). Meanwhile, Anjali Mehra, a television journalist in New Delhi, hunts after another on assignment. Their separate obsessions lead them to a village fair in Kenduli, Bengal, and to the Baul singer Krishnagopal, 150 years old or perhaps older, who once sang to a wounded pilot who fell out of the sky and into a jungle in Assam, where the mighty Brahmaputra roars like a demon. Where, in all this, is the road to paradise? Eventually it falls upon Milton, the venerable poet reborn as a cat, to detect a few remarkable things, and give us a glimpse of the grand design.
Read more
27.00 24.3 $ 30.00 $
Free delivery Wolrdwidе in 10-18 days Ships in 1-2 days from New Delhi Membership for 1 Year $35.00
Get it now and save 10%
Add to cart Buy now Add to wishlist
Members SAVE 10% every day
BECOME A MEMBER
About the author

Anuradha Majumdar lives in Auroville, an international town next to Pondicherry. She is a choreographer and writer. Her published works include the novel Parallel Journeys.