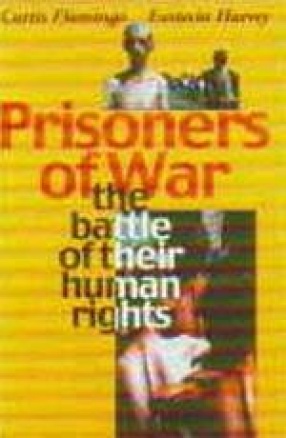 Prisoners of War: The Battle of Their Human Rights

Eustacia Harvey (Author) Curtis Flamingo (Author)
Synopsis Why POWs meet such a sorry fate? "Youâ€™re here to learn," a Communist Chinese camp official explained to an American POW near the Manchurian Chinese border in early 1951. The POWâ€”a US Army Major Fred A. Smithâ€”was told by the Communist official that his enforced schooling â€˜may take one year, ten years, twenty, thirty or even forty years, and some of you may die here. But if you die, donâ€™t worry. Weâ€™ll bury you so deep that you wonâ€™t stink. Major Smith was fortunate enough to make it home, where his testimony became part of official record. But his words, and many of the accounts of his colleagues, were buried and forgotten. The fates of hundreds of thousands of other POWs were thus sealed, not just by the Soviets, Chinese, Vietnamese, Koreans and other Warsaw pact countries, but also by the US government to which the POWs held in devotion. A long-standing stain on Americaâ€™s honor was exposed, when it was revealed that how the US government knowingly left hundreds of POWs in hands of Koreans during conflict, and thousands in World War II, and during Vietnam War. Later they lied to the hapless POWs families. Indiaâ€™s honor is none better. During 1971 was with Pakistan, India captured no less 93, 000 Pakistani soldiers, and released all of the POWs as part of deal after Shimla pact with Pakistani Prime Minister Zulfikar Ali Bhutto, without troubling to take back all its 193 POWs, all high-ranking military officials who still are lodged in Pakistani prisons, and reduced to mere lunatics as result of barbaric torture. Even to the recent release of Rooplal, that came as result of ceaseless efforts by his family members, the Indian government was mere a spectator. So, is fighting for oneâ€™s nation a thankless job?
Read more
28.80 25.92 $ 32.00 $
Free delivery Wolrdwidе in 10-18 days Ships in 1-2 days from New Delhi Membership for 1 Year $35.00
Get it now and save 10%
Add to cart Buy now Add to wishlist
Members SAVE 10% every day
BECOME A MEMBER
Similar items
View all
Write a review
Reviews 0in total