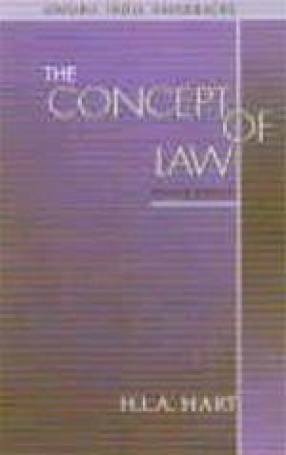 The Concept of Law

H.L.A. Hart (Author)
Synopsis The Concept of Law is probably the most important work of legal philosophy produced during the twentieth century. Elegantly written and argued, it has provoked worldwide debate and commentary since its publication in 1961. The book furthers our understanding of law, coercion, and morality as different but related phenomena. Hart analyses the concept of law and in the process discusses such important topics as the foundations of the legal system, law as the union of primary and secondary rules, the sovereign and the subject, the distinction between the notions of law, justice, and morality, the rule of recognition, and international law. The book has extensive notes on the theoretical work of other jurists including references to Austinâ€™s imperative theory, Kelsonâ€™s basic norm theory, and Fullerâ€™s natural law theory. The second edition is of particular value as it combines Hartâ€™s original text with a postscript, in which the responds to the critique of his work by such notable scholars as Dworkin, Fuller, and Finnis. Written by him, but discovered after his death, this edition has been edited by Joseph Raz and Penelope Bulloch of Balliol College, Oxford. The postscript along with detailed notes and extensive references, make this edition an indispensable resource for scholars and students of law, philosophy, political theory, and all sections of the legal fraternity.
Read more
Not available
Add to wishlist
Members SAVE 10% every day
BECOME A MEMBER
About the author

H.L.A. Hart was professor of Jurisprudence at the University of Oxford from 1952 to 1969 and Principal of Brasenose College, Oxford from 1973 to 1978.