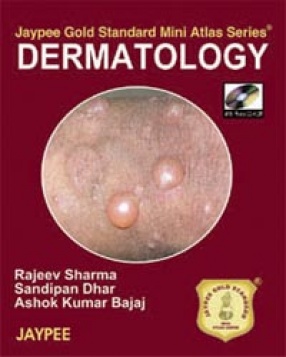 Dr. Rajeev Sharma is an eminent consultant of Homeopathy, Yoga, Naturopathy and Alternative Medicine in India. He has written more than one hundred and fifty books(150) in Hindi and English and around one thousand articles which have been published in various newspapers and magazines. He is also an Editorial Board Member of the prestigious Asian Homeopathic Journal besides many other newspapers and magazines.

The books written by Dr. Rajeev Sharma are published by renowned publishers of India. Besides this he is doing editing and translation also. He is content provider to many magazines.

Dr. Rajeev Sharma is Medical Advisor to Ralson Remedies (a homoeopathic manufacturer), and Dixit Pharmacy (Ayurvedic Manufacturer), Medical Examiner at the LIC and Medical Officer in U.P.Govt. He has received several prizes for his outstanding achievements. He has been awarded the Best Author prize in Hindi by the Ministry of Health and Family Welfare, Government of India and Sarjana Puraskar by U.P. Hindi Sansthan, Lucknow. He has delivered talks on All India Radio and lectures on Alternative Medicine in various Government and Non-government Organisations. He has written Advt. Scripts for the products of several companies.

He is working as Vastu Fengshui Consultant, Educational Consultant and Marriage and Behaviour Counsellor too.
He is delivering lectures and providing lectures and providing literature on Personality Development and Life Style Management also to the MNC'S.
He has established an institute through which you can get certificates by correspondence in Acupressure, Massage, Yoga, Water Therapy, Diet Therapy, Naturopathy, Colour Therapy and Reiki besides other paramedical courses.

Dr. Rajeev Sharma is also a social activist. He has worked a lot against Addition and prevention of AIDS. Now a days, he is working to check the population growth of India with an NGO called 'Nav Chetna Manch'. He has worked for pollution control and human rights too and has received the World Human Rights Promotion Award. His name has been recommended for an entry in LIMCA BOOK OF RECORDS too. He has developed two websites too: