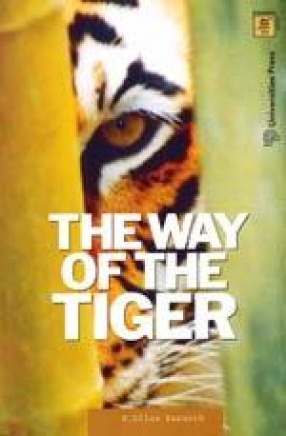 The Way of the Tiger: Natural History and Conservation of the Endangered Big Cat

K Ullas Karanth (Author)
Synopsis The Way of the Tiger is an outstanding primer; it is a scientist's explanation to a popular audience-of the natural history and conservation of one of the planet's most charismatic animals. Tigers have been admired and revered by human cultures for thousands of years. They have also been ruthlessly persecuted as pests or killed for trophies and body parts. Now, the tiger is used as a powerful symbol for global conservation. Wildlife biologist Ullas Karanth, who has studied wild tigers since the 1980's. takes us on a journey into their secret world. He looks at how humans have interacted with tigers from prehistoric times to the present day, and at how modern science has helped us replace traditional tiger myths with reliable knowledge. He shows how tigers evolved and spread, across snowbound Russia to the dry forests of India, from the reed beds of Iran to the rainforests of Indonesia, only to be constricted again by human activities such as agriculture, hunting, and economic development. We learn how these solitary animals live in the wild, find each other, raise cubs and eventually die. Ullas Karanth brings a unique combination of practical experience, deep commitment and scientific rigour to this up-to-date study, illustrated by some of the world's leading wildlife photographers.
Read more
13.50 12.15 $ 15.00 $
Free delivery Wolrdwidе in 10-18 days Ships in 2-4 days from New Delhi Membership for 1 Year $35.00
Get it now and save 10%
Add to cart Buy now Add to wishlist
Members SAVE 10% every day
BECOME A MEMBER
About the author

K. Ullas Karanth is a Senior Conservation Scientist with the New York based Wildlife Conservation Society (WCS) and the Director of its India programme. He is a Scientific Fellow of the Zoological Society of London and serves on the boards of WWF-India and the Ranthambhore Foundation. Karanth has researched tigers and other predators in the Western Ghats, as well as at a dozen other wildlife reserves across India. His areas of expertise include radio-telemetry of big cats, animal population sampling methodologies, and the mitigation of human-wildlife conflicts. His research findings have been published in reputed journals such as Proceedings of the National Academy of Sciences (USA), Ecology, Journals of Animals Ecology, Journals of Zoology (London), Journals of Tropical Ecology, Conservation Biology, and Biological Conservation, as well as in several scientific books.

Title The Way of the Tiger: Natural History and Conservation of the Endangered Big Cat
Author K Ullas Karanth