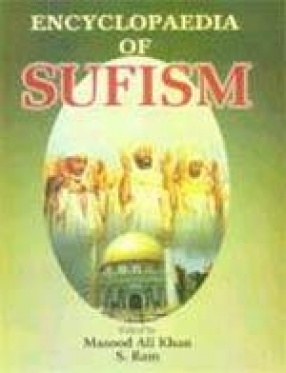 Encyclopaedia of Sufism (In 12 Volumes)

S Ram (Editor) Masood Ali Khan (Editor)
Synopsis Conventionally the word "sufi" is considered synonymous with the word "mystic". But the word "sufi", as used in Arabic, Persian, Turkish and Urdu, has a religious connotation. The Sufis claim to have inherited their doctrines direct from the teachings of the holy prophet, who, strictly speaking, has given no dogmatic or mystical theology. The classical Sufism of the early brotherhoods was strong on simple, straightforward faith in Islamic theology, personal devotion to God and trust (tawakkul) in Him under all conditions, personal loyalty to the prophet of Islam and allegiance to the Qurâ€™an and the Shariâ€™at. The faith was accompanied by the practice of a well-controlled ascetic life and in many cases meant renunciation of the world. Then followed the Khanqah stage and concentration, between A.D. 1100 and 1400, on the creation of the Silsilah-Tariqah system, its organization, its rules of conduct and the writings of handbooks both on esoteric doctrine and on the Sufi path. During its historical development it gathered elements and characteristics from the intellectual and cultural climate of the region concerned which transformed it into a bourgeois and later a mass movement of wide acceptance. The fundamental of Sufism is God, man and the relation between them, which is love. The whole sufi theosophy revolves on these three pivots. The present work organised in 12 volumes, is designed to bring together the valuable information on Sufism, its doctrines and preachings, main orders, prominent Sufi saints, their life and teachings, etc. The information is drawn from various authoritative sources. The primary purpose of this work is to serve as a basic handbook on significant topics of Sufism. No doubt, this work will prove of utmost value to the scholars and laymen alike who wish to have detailed look into Sufism.
Read more
624.60 562.14 $ 694.00 $
Free delivery Wolrdwidе in 10-18 days Ships in 1-2 days from New Delhi Membership for 1 Year $35.00
Get it now and save 10%
Add to cart Buy now Add to wishlist
Members SAVE 10% every day
BECOME A MEMBER
About the authors

Dr. S. Ram, is a versatile genius. A wide spectrum person â€“ an educational scientist and administrator, and a celebrated author, having over three decades professional standing, currently he is an Advocate, Supreme Court of India.

Dr. Masood Ali Khan obtained his M.A. and Ph.D. in Sociology from Dr. B.R. Ambedkar Marathwada University, Aurangabad. He started his career as UGC Research Fellow, Dept. of Sociology in the same University. Presently he is working as Deputy Director, southern Regional Centre, ICSSR, Osmania University. His area of interest are information Technology in Social Sciences, Minority Problems, Urdu Press and Sociology of Islam. He has published many articles of different nature both in national and international journals. Dr. Khan has conducted more than 50 Seminars, Workshops and Research Methodology Courses sponsored by SRC-ICSSR. A widely travelled person, Dr. Khan has attended many national / international seminars / conferences.