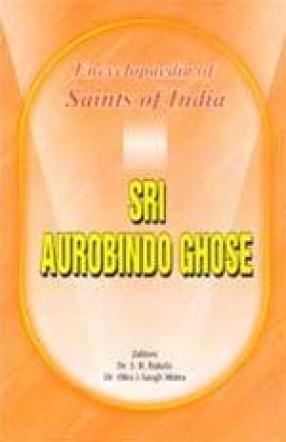 S R Bakshi (Editor) Dr. Sangh Mittra (Editor)
Synopsis The theme of this work has deep bearing on the political and philosophical ideology of a learned saint, Sri Aurobindo, who in his early years, was deeply interested in raising the banner of revolt against the colonial rule. Having deep connections with the revolutionary movement, he performed his innings in an appreciable way. But ultimately, he landed into Pondicherry where he founded the Ashram which gained international fame. This work deals with his life as a wholeâ€”his ideology and integral philosophy. The emphasis has been laid on his founding the Ashram, consciousness, ego and self, aspects and power of Mother, true relation with the Mother, Sadhana through work, man in the universe, aspects of human life, death, desire and incapacity, ascent of life, double soul in man and the divine life. Undoubtedly this work would be useful for teachers, scholars, students and several others who are interested in the philosophy and ideology of Sri Aurobindo.
Read more
31.50 28.35 $ 35.00 $
Free delivery Wolrdwidе in 10-18 days Ships in 1-2 days from New Delhi Membership for 1 Year $35.00
Get it now and save 10%
Add to cart Buy now Add to wishlist
Members SAVE 10% every day
BECOME A MEMBER
About the authors

Dr. S.R. Bakshi is an eminent scholar of History and is the author of several works on Indian nationalism and freedom movement. A renowned scholar of history, Dr. Bakshi was working with ICHR, New Delhi till recently.

Dr. Sangh Mittra is Deputy Director (Research) in Indian Council of Historical Research, New Delhi, a National Institute of repute. Besides her academic responsibilities in the council, she is intensively involved in other academic activities. She is an eminent social scientist and author of more then three dozen books in History and Archaeology and several research in reputed research journal. She did her M.A., L.L.B, Ph.D. in Archaeology from University of Lucknow and is submitting her D. Litt. Work shortly. She has been presenting research papers in National and International seminars and member of International and national Institutions, societies and has academic links with numerous institutions of higher learning. She is honorary professor and director of B.R. Ambedkar Social Sciences Institute, Bundelkhand University, Jhansi, U.P.