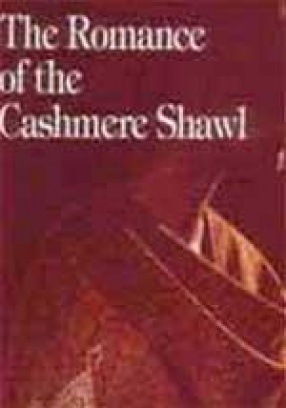 The Romance of the Cashmere Shawl

Monique Levi-Strauss (Author)
Synopsis In the early 1950â€™s, my husband and I used to go to the Paris flea marketâ€¦.â€ This is how Monique Levi-Strauss â€“ wife of the most famous living anthropologist, Claude Levi-Strauss â€“ begins the extraordinary account of a discovery: an adventure which began thirty years ago when cashmere shawls cost very little and did not arouse the passions that they had among the ladies of the 19th century. The first European to visit Kashmir in 1964 wrote of his amazement at the soft and delicate woollen shawls. The wild goats lose their winter fleece on rocks and bushes: because of the altitude, the pure air and the incomparable water, the wool is so soft and light that the cloth can, according to a Maghul legend, be pulled through a ring. It takes two men up to three years to weave the precious shawls, using an incredible phantasmagoria of colours. The cashmere shawl was discovered by English ladies at the end of the 18th century, at a time when a magical Oriental influence was visible in Europe fashion and art: Napoleon's soldiers, returning home from the campaign in Egypt, introduced the fashion in France, Lady Hamilton and Nelson took it to Naples and the painter, Vigee Le Brun, to St. Petersburg. The shawl was a popular wedding present and Napoleon's gifts to his second wife, Marie-Louise, included seventeen shawls : "Many of the aristocratic ladies who formed part of the Imperial couple's wedding procession in 1810, had a Cashmere shawl carefully folded over one arm as they progressed through the Great Gallery of the Louvre." A flourishing industry developed in Europe, encouraged by the invention of the Jacquard loom. "The characteristic floral motif, with pine or cypress patterns, architectonic motifs, animal and human figures, covered the entire surface area of the shawl in an extraordinary creative development which followed all the whims and fancies of 19 century European fashion. Monique Levi-Strauss, with much patience, historical intuition and unfailing good taste, has followed the evolution of styles and decorative motifs, explored the hidden symbolism and affectations of the fashion, and rediscovered the splendid original designs-until now unpublished-bringing to light the "relics of an ancient treasure.
Read more
139.50 125.55 $ 155.00 $
Free delivery Wolrdwidе in 10-18 days Ships in 2-4 days from New Delhi Membership for 1 Year $35.00
Get it now and save 10%
Add to cart Buy now Add to wishlist
Members SAVE 10% every day
BECOME A MEMBER
About the author

Monique Levi-Strauss, who studied for a degree in Science in Boston, is a fervent collector and expert on cashmere shawls, which she has classified accurately in chronological order. From 1982 to 1984 she devised and organized three important exhibitions of cashmere shawls in Paris, Mulhouse and Lyons: in 1984 and 1985 she held various conferences on the weaving methods unsed for the shawls at the Ecole des Hautes Etudes en Sciences Sociales in Paris. For the past four years she has been working for the Direction des Musees Nationaux in France.

Similar items
View all
Write a review
Reviews 0in total

Title The Romance of the Cashmere Shawl
Author Monique Levi-Strauss