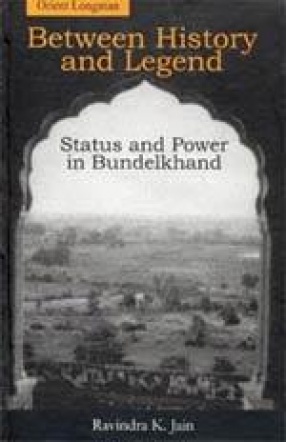 Between History and Legend Status and Power in Bundelkhand

Ravindra K. Jain (Author)
Synopsis The Bundelkhand cultural region straddles several districts of southern Uttar Pradesh and northern Madhya Pradesh in the Indian Union. In the pre-Independence period the Uttar Pradesh districts formed British Bundelkhand while the Madhya Pradesh districts comprised the native states. The present account deals with the social structure and history of the native states of Bundelkhand. The theme of this book is the evolution, patterning and socio-cultural perceptions of status and power relations in this region since the creation of state structures during late medieval times. History and legend are recorded here both through documents and oral narratives as well as the manner in which the past is â€˜encapsulatedâ€™ institutionally in society, myth and ritual. Institutionally, clanship of the ruling groups emerges as a powerful organising principle of indigenous state polities. Also, the influence of sects predominates in legitimising kingship, while the interface between the rulers and the ruled is often underlined by appeal to the sacred power implicating gender. Further, the contemporary agrarian structure in Bundelkhand rests on a juxtaposition of social classes and classification mechanisms of traditional society. The research strategy of combining social structural analysis with historical delineation in this study pays dividends in terms of deconstructing the procrustean grid of the caste system and in questioning the conventional divide between tribal (clan) and rural (caste) systems in central India. Methodologically, structuration, destructuration and restructuration are shown as multiple dimensions of the same reality. This provocative analysis is offered as a stimulus to more innovative handling of Indian ethnography in a literature though predominantly oral culture.
Read more
17.10 15.39 $ 19.00 $
Free delivery Wolrdwidе in 10-18 days Ships in 1-2 days from New Delhi Membership for 1 Year $35.00
Get it now and save 10%
Add to cart Buy now Add to wishlist
Members SAVE 10% every day
BECOME A MEMBER
About the author

RAVINDRA K. JAIN is currently Professor of Sociology-Social Anthropology and former Dean, School of Social Sciences, Jawaharlal Nehru University, New Delhi. He was University Lecturer in the Social Anthropology of South Asia and Fellow of Wolfsom College, Oxford University (1966-74). He has held teaching and research assignments at the Australian National University, Canberra; University of New England, Armidale: University of Durban-Westville, S. Africa; University of the West Indies, Trinidad; University of Malaya, Kuala Lumpur, and the Mahatma Gandhi Institute, Mauritius, Elected T.H.B. Symons Fellow in Commonwealth Studies in 1996, Professor Jain is a recognized international authority on Indian diaspora. His published works include South Indians on the Plantation frontier in Malaya, Yale University Press, London and New Haven, 1970; Text and Context: The Social Anthropology of Tradition, Institute for the Study of Human Issues, Philadelphia, 1978; and Indian Communities Abroad: Themes and Literature, Manohar Publishers, New Delhi, 1993, besides a large number of research papers in national and international journals.