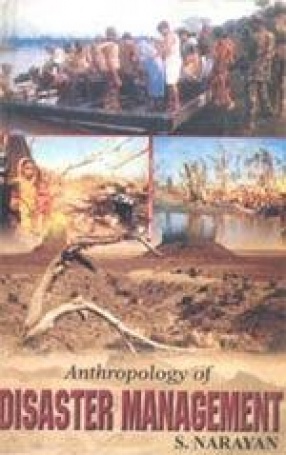 Sachindra Narayan (Author)
Synopsis Anthropology, the Science of Man in its totality has to deal with disaster management at the close of the millennium and to equip itself for 21st century with management techniques, says the editor of this book, which deals with a very vital subject. In other parts of the world, in general and in India in particular and specially in tribal belts in this country, occur drought, floods, epidemics, mysterious diseases, etc., which lead to depopulation, migration and other allied problems. The editor of this volume has collected scholarly essays on this subject, by reputed scholars and celebrated authors, which makes it a rich collection of material under one cover.
Read more
12.60 11.34 $ 14.00 $
Free delivery Wolrdwidе in 10-18 days Ships in 1-2 days from New Delhi Membership for 1 Year $35.00
Get it now and save 10%
Add to cart Buy now Add to wishlist
Members SAVE 10% every day
BECOME A MEMBER
About the author

Sachindra Narayan, an alumnus of Ranchi University, is a well-known anthropologist and academician, currently Senior Faculty of A.N. Sinha Institute of Social Studies, Patna. His chosen field of speicalisation to which he has contributed greatly is the social and tribal problems of India, various facets of Indian culture and civilization and Buddhism and World Peace. He has been lauded and awarded a lot, both by academic fratenity and the government. He has about a hundred and fifty articles to his credit which have been published in journals of repute, Indian as well as International. His published books are: Sacred Complex of Deoghar and Rajgir; Bodh Gaya: Buddha or Shiva; Anthropology of Buddhism and World Peace; Social Anthropology; Indian Anthropology; Rural Development through Women Programmes; Dimensions of Development in Tribal Bihar; Sauria Paharia: A Dwindling Tribe; Police Movement-Development and Judiciary; Tribe in Transition; Women in Tribal India, Jharkhand Movement; Origin and Growth of Jharkhand Movement; Economy of Tribal India; Integrated Rural Energy Programme; Strategies for World Peace; Play and Games in Tribal India; Perspectives on Tribal Development (From Gandhi to Plan Development), Jharkhand and its People; Education in Tribal India; etc. He has also written textbooks for postgraduate students. A many-faceted personality Dr. Narayan anthropology in India, is a member of various professional bodies and is also on the editorial board of a number of Research Journals, i.e., Visual Anthropology (Denmark), Current Anthropology (Chicago), INTACH Journal (Delhi), etc. He is also the convenor of the Bihar Chapter of the Indian National Trust for Art and Cultural Heritage, (INTACH). He has produced and directed a telefilm Chahaua and a teleserial Play and Games in Tribal India. He is also among the editors of Encyclopaedia of Police and the Encyclopaedia of Hinduism. He has been Project Director of various research projects. Currently he is the Project Director of Impact of New Economic Policy on Tribes under Ministry of Welfare, Govt. of India. He has been, Organising President and Chairperson of several international congress and symposia. He has visited USA, Canada, France, Germany, Yugoslavia, UK, Italy, etc.