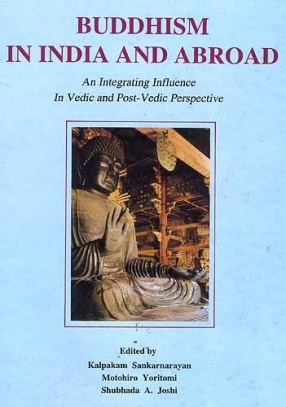 Buddhism In India And Abroad: An Integrating Influence In Vedic and Post-Vedic Perspective

This includes thirty-five papers presented by eminent scholars at the Seminar. The reason for organizing this Seminar on Buddhism emanates, perhaps, from the ambitious quest for an integrated culture or mankind in transnational and comparative perspective, utilizing the inputs made by the various disciplines concerned.

This volume provides thus an international and interdisciplinary group with the backgrounds as Philosophy, Religion, History, Sociology, Anthropology, Art history, Archaeology, Language and Literature for the first time together round a table, to exchange ideas and in that process gave a visibility of Buddhist Studies as an independent discipline in its own right.

Dr. (Mrs.) Shubhada A. Joshi is presently is the Department of Philosophy, University of Bombay.